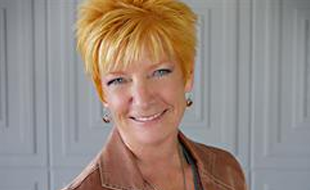 Cathie Tardy is the founding partner and president of Tardy & Co., P.C.

Over her three decade career, Cathie has had the opportunity to work with a variety of industries while focusing her efforts on providing tax planning, consulting and valuation services to small businesses and the individuals who own and operate them.

Cathie is passionate about her work and thrives on helping clients piece together the most daunting of business puzzles. As a fireball who has “been there, done that” as an entrepreneur, Cathie embraces the opportunity to vicariously experience the excitement of growing a business by helping her clients.

Along with her commitment to clients, Cathie is dedicated to assisting and mentoring those in her community. She is a past president of the Albuquerque Chapter of the American Society of Women Accountants (ASWA), past president of the Express Network Albuquerque Chapter of the American Business Women’s Association (ABWA) and past chair of the New Mexico Society of Certified Public Accountants (NMSCPA), where she was named Outstanding Member in Public Practice in 2003, as well as serving as the past president of the Albuquerque Chapter of the NMSCPA. Cathie is an active member of the American Institute of Certified Public Accountants (AICPA) and the National Association of Certified Valuators and Analysts (NACVA). She has also served on the Board of Directors for Talking Talons, an organization dedicated to helping the youth of today transform into the leaders of tomorrow.

Cathie is a graduate of the University of Illinois at Urbana-Champaign, where she earned her BS, and later earned her MBA in Tax Accounting at the University of New Mexico. When not focused on her clients, Cathie likes to unwind with activities like biking, hiking, shooting, weight training and bodybuilding. On top of that, she loves being on the water and is an avid sailor. In fact, she’s won several awards for sailing as well!